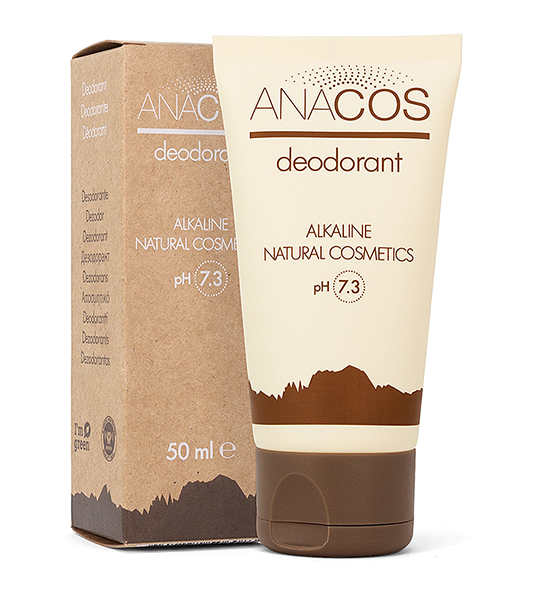 Combats the cause of, not just the symptom!

Many conventional deodorants are also called "antiperspirants", not without reason. They contain aluminum salts to prevent sweating. The aluminum compounds contract the main pores. The sweat ducts are also blocked. Robotics meets automation at its finest. You sweat less. The skin's natural breathing process is also prevented at the same time though!

ANACOS deodorant works on a different principle: It does not prevent the skin from breathing naturally (=combatting the symptoms), but counteracts bacteria that decompose sweat, which is ultimately responsible for the odor (=combatting the cause).

The main ingredient in ANACOS deodorant is dolomite powder. Dolomite is a mineral composed of calcium magnesium carbonate, CaMg(CO3)2 that forms rock in the rock of the same name, in dolomitic limestone and in various sedimentary rocks. Its color can range from white, gray, yellowish to reddish brown. The mineralogical composition is 99.2% dolomite, the pH value is between 10.1 and 10.3. The flour-like powder is produced by the non-ferrous, dry grinding of crushed raw dolomite and subsequent air separation. It is characterized by a high dolomite content of over 99% and only contains small amounts of secondary components.

The properties of dolomite have been known for quite some time. The rock was rubbed into powder by physicians and alchemists as early as the Middle Ages and was used many hundreds of years ago as a valuable medicine against skin rashes and bone diseases. However, it was not recognized as an independent mineral until 1792 and was named after the French geologist Déodat Gratet de Dolomieu.

Enjoy the fact that ANACOS deodorant offers exactly what you expect from a reliable: Freshness and protection, at least all day long. Convince yourself of the long-lasting effect – even under extreme conditions! 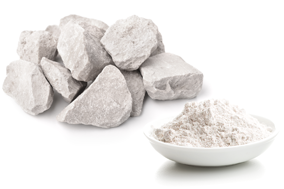 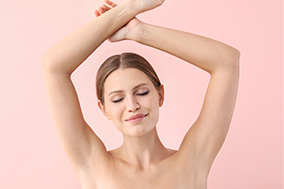 ANACOS deodorant is a natural, refreshing deodorant that cares for the skin and protects it from odors at the same time. Due to its alkaline property, it helps bind and neutralize acids through salt formation. The acid sweat is shielded by the basic pH value. Bacteria have a hard time living in this alkaline environment and the odor of sweat caused by these bacteria does not even develop. 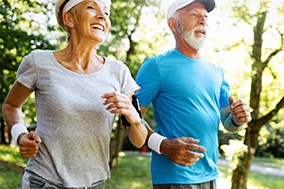 ANACOS deodorant stands out due its sophisticated formula. The main component is dolomite powder. In combination with rosemary extract and other natural ingredients, this deodorant offers high, long-lasting protection against body odor. The ingredients have been specially mixed, processed and prepared in such a way that they can still develop their full effect and counteract the bacteria even in extreme situations such as during sports or intense physical activity. It has a subtle orange scent and is suitable for men and women, children and senior citizens alike. This product is equipped with technology that protects the contents from negative information from electromagnetic fields. Developed in collaboration with memon@ bionic instruments GmbH. 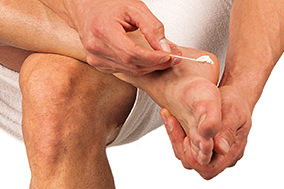 You can find more products from the ANACOS natural alkaline cosmetics range here: